It was very busy day yesterday. Finally I find sweet girl for my coats but I would never say that work of photographer  is so so tiring especially when is working with walking running jumping hiding children uffff. But I have some good photos;)

while my son was painting I created this….

I just finished it was great time with smaller size pieces of pattern. Now I have to find sweet girl who will try on my dress….

A dressmaker is a person who makes custom clothing for women, such as dresses, blouses, and evening gowns. Also called a mantua-maker (historically) or a modiste.

(July 2, 1747, Abbeville, Picardy, France – September 22, 1813, Épinay-sur-Seine) was a French milliner and dressmaker to Queen Marie Antoinette. She was the first celebrated French fashion designer and is widely credited with having brought fashion and haute couture to the forefront of popular culture.

When Marie Antoinette arrived in France from Austria, she embraced France’s new styles and fashions as one of the ways in which to show her sincere appreciation of her new country.[citation needed] She was introduced to Bertin in 1772. Twice a week, soon after Louis XVI’s coronation, Bertin would present her newest creations to the young queen and spend hours discussing them. The Queen adored her wardrobe and was passionate about every detail, and Bertin, as her milliner, became her confidante and friend.

In the mid-18th century, French women had begun to “pouf” (raise) their hair with pads and pomade and wore oversized luxurious gowns. Bertin used and exaggerated the leading modes of the day, and created poufs for Marie Antoinette with heights up to three feet. The pouf fashion reached such extremes that it became a period trademark, along with decorating the hair with ornaments and objects which showcased current events. Working withLéonard, the Queen’s royal hairdresser, Bertin created a coiffure that became the rage all over Europe: hair would be accessorized, stylized, cut into defining scenes, and modeled into shapes and objects—ranging from recent gossip to nativities to husbands’ infidelities, to French naval vessels such as the Belle Poule, to the pouf aux insurgents in honor of the American Revolutionary War. The Queen’s most famous coif was the “inoculation” pouf that she wore to publicize her success in persuading the King to be vaccinated against smallpox.

Marie Antoinette also asked Bertin to dress up dolls in the latest fashions as gifts for her sisters and her mother, the Empress Maria Theresa of Austria. These dolls were called “Pandoras,” and were made of wax, wood or porcelain. There were small ones the size of a common toy doll, or large ones as big or half as big as a real person. They were in vogue until the appearance of fashion magazines.

Called “Minister of Fashion” by her detractors, Bertin was the brains behind almost every new dress commissioned by the Queen. Dresses and hair became Marie Antoinette’s personal vehicles of expression, and Bertin clothed the Queen from 1770 until her dethronement in 1792. Bertin became a powerful figure at court, and she witnessed—and sometimes effected—profound changes in French society. Her large, ostentatious gowns ensured that their wearer occupied at least three times as much space as her male counterpart, thus making the female figure an imposing, not passive, presence. Her creations also established France as the center of the fashion industry, and from then on, dresses made in Paris were sent to London, Venice, Vienna, Saint Petersburg and Constantinople. This inimitable Parisian elegance established the worldwide reputation of French couture.

Under the Queen’s generous patronage, Bertin’s name became synonymous with the sartorial elegance and excess of Versailles. Bertin’s close relationship with the Queen provided valuable background into the social and political significance of fashion at the French court. The frequent meetings between the queen and her couturière were met, however, with hostility from the lower classes, given Bertin’s high prices: her gowns and headdresses could easily cost twenty times what a skilled worker of the time earned in a year.[citation needed]

During Marie Antoinette’s imprisonment, Bertin continued to receive orders from her former prized customer, for much smaller, almost negligible, orders of ribbons and simple alterations. She was to provide the former queen’s mourning outfit following the execution of Louis XVI, recalling a dream that Marie Antoinette had had years before of her favorite milliner handing her ribbons that all turned to black.

During the French Revolution, when many of her noble customers were being executed or were fleeing abroad, Bertin moved her business to London. For a while, she was able to serve her old clients among the émigrés, and her fashion dolls continued to circulate among European capitals, as far away as Saint Petersburg. She eventually returned to France in 1795, where Joséphine de Beauharnais briefly became a customer, but Bertin found that the fashion excesses of the era had waned after the French Revolution ended.

As the 19th century dawned, Bertin transferred her business to her nephews and retired. She died in 1813 in Épinay-sur-Seine. 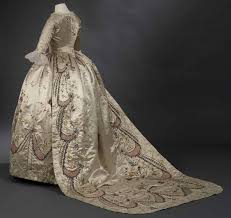 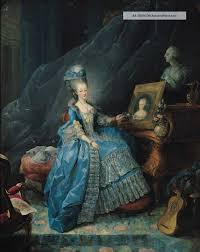 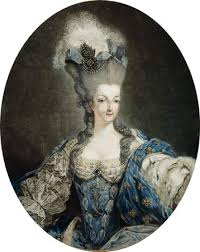 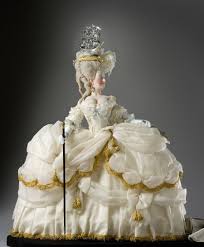 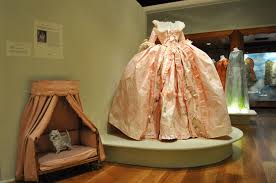